Mo’s Ferry Prod. is on it’s way from Berlin to Amsterdam Dance Event!

Mo´s Ferry Prod. is on it’s way from Berlin to Amsterdam as we speak! This Friday you can meet them all live at their #ADE14 Mo’s Ferry / I Love Vinyl showcase. The Mo’s Ferry Crew are staging Amsterdam to make a statement for their big love- the “black beauty”. You got that right: they play VINYL ONLY, and even live acts will do without any computer. Line up for Friday the 17th: dapayk solo, Patrick Vano, Marcel Knopf and KleinschmagerAudio. Sound awesome? We haven’t even mentioned the free entrance yet!

Oh but wait! While we’re at it, let’s introduce the Mo’s Ferry Crew to you

When Dapayk, alias Niklas Worgt, at age 15 first started playing around in his own studio it soon became his second home. Obsessed with the idea of bringing together his favourite music styles from the early 90ies in his productions, his journey led him from Drum’n Bass to House and finally to Techno. Playing ping pong with all those different styles and the fact that he wasn’t willing to commit to just one of them, led to the typical Dapayk sound: groovy, edgy and different.

With releases on labels such as Stil vor Talent, Herzblut and his own mothership Mo’s Ferry Prod., Dapayk has proven his up to dateness for over a decade. With 7 LP releases and over 50 single releases under his belt, he is one of the main protagonists in the world of electronic music.

Since Niklas has been a wordtraveller with his live act for many years, he knows just what a good party needs. He’s using this knowledge to create a unique atmosphere at his festival which is appreciated by more and more guests and fans each year. 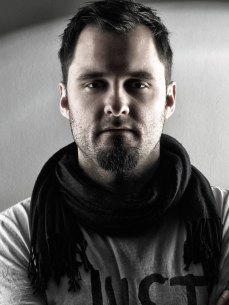 Patrick Vano has been deejaying and producing since the early 90’s. Until 2009 he was also editor of electronic scene mag Subculture Neckar/Alb/Bodensee where he met Vladimir Corbin. Together they started organizing an ongoing series of parties with national and international acts. Before long both were hanging out in the studio working on own tracks. In 2010 he launched several releases and remix productions with Corbin on different labels. In 2011 Mo’s Ferry released their first vinyl record Sinner City.

Patrick performed a dj set at the I Love Vinyl Open Air and became part of the I Love Vinyl crew. In 2012 he played only a few gigs because he was totally focused on his productions and future releases. At the same time he decided to lay off his alter ego Peddy once for all.

Patrick Vano appeared. The Other Side Of Me is his first full length album to be released on Mo’s Ferry. And together with long time buddy Vladimir Corbin he’ll start his own label Tonsport Music. 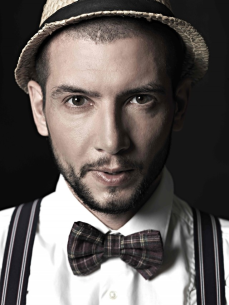 Together with Matt John (Perlon) he founded the record store Sine Music in Nordhausen. Their tiny, pretty but illegal parties in the basement of the store were a cell of Minimal in Thuringia, what was lacking that kind of music. He became resident DJ of the club Alte Weberei. Mo’s Ferry guys Dapayk and Jan Langhammer met him, soon after Marcel took over the A&R of the label Mo’s Ferry Prod.

Since 2002 Marcel Knopf works together with Dapayk on own tracks and continued working for Mo’s Ferry.  In a time of an increasing enthusiasm for digital DJ methods and release ways he took up the cudgels for the Black Beauty: Vinyl. A couple of months later Marcel opened his own imprint Clap Your Hands for fresh house music and floor rocking tunes. The label´s first releases have been receiving great reviews across the press for their rough and modern approach to house.

In 2009 Marcel and the Mo’s Ferry Crew succesfully started the I Love Vinyl Open Air to make a statement for their big love- the ‘black beauty’. 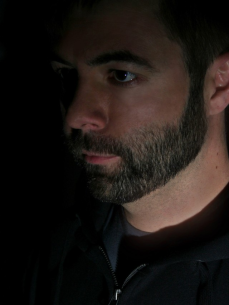 Kleinschmager Audio has been around since the 80s. With self-made loudspeakers and a mobile disco he stood behind the (cassette) decks after the fall of the Berlin Wall. 80-Wave, Depeche Mode, OMD, Anne Clark and many others were formative for the next time.

The legendary techno club OZ in Stuttgart finally set the course for his DJ career. Back then still equipped with belt turntables, 2 channel mixer and 1 audio record box, he is active since 1992 and organized the first techno parties in the Thuringian region. He played as a resident in Central German clubs, met the crew of Mo’s Ferry in 1994, and has a close bond with them since then.

His sets became also known internationally. In 2005 he started producing his first own tracks.

Today you meet Kleinschmager Audio in every relevant club and regularly as a resident in Leipzig’s techno clubs Distillery and Elipamanoke. His music can not be categorized, it is simply techno. Dance enthusiasts will encounter reduced groovy techno DJ sets. He loves to play long sets during primetime and especially on after-hours. He puts on the classic turntables and works a lot with samplers, effect tools and Timecode Vinyls. That way, homemade sounds, beats and spontaneous ideas can flow into his sets.

ADD TO YOUR ADE PROGRAM